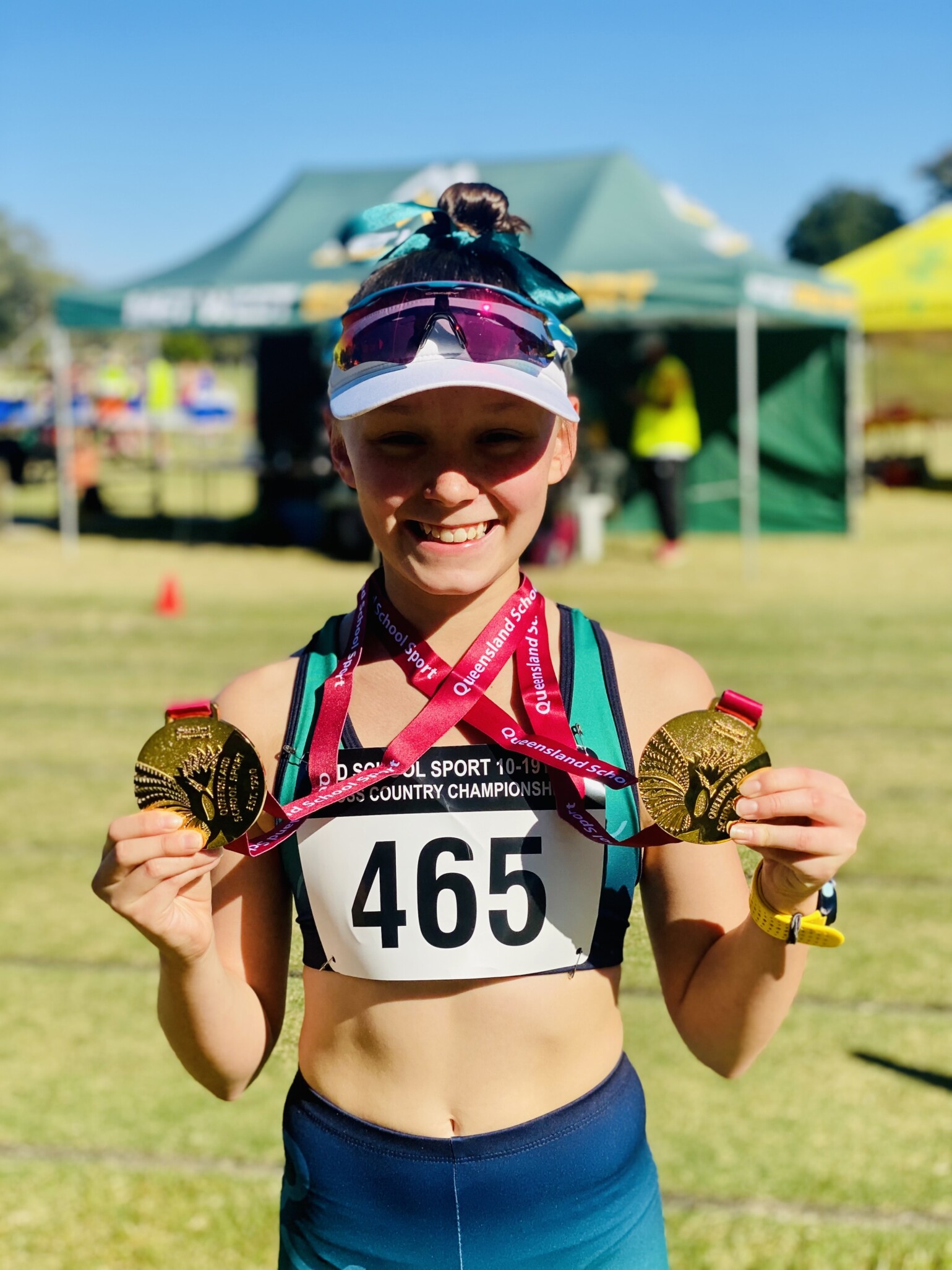 On Sunday 18 July 2021, Addison was crowned State Champion 12yrs Girl for 3km school cross country. After running together with her rival at the front of the 70 competitors for the entire race, Addi won a thrilling sprint to the line by just two metres. She was named in the QLD honorary schools team—due to COVID there will be no National Championships this year.
The following day, she backed up to anchor the Met North team to victory in the relay event—double gold to our champion!